One of two Jewish major leaguers born in Hawaii (Justin Wayne is the other), Feldman recorded a dominating 25-2 record as a starting pitcher in his first two years at the College of San Mateo in California. The imposing 6-foot-7 inch right-hander underwent Tommy John surgery before beginning his minor-league career as a reliever. Feldman broke in with the Texas Rangers in 2005 and earned his first victory two seasons later in his 47th major-league appearance. He changed his delivery and was converted into a starter in 2008, and a year later went 17-8 with a 4.08 ERA. The following year when the Rangers reached the World Series, Feldman was unscored upon in 10 1/3 postseason innings while allowing four hits, no walks and recording 10 strikeouts. He split the 2013 season with the Cubs and Orioles and was the Houston Astros’ Opening Day starter in 2014. 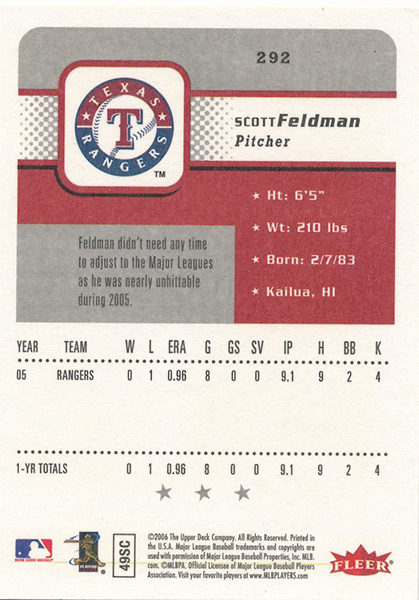