The native of Brooklyn first made a name for himself at the University of Florida. In 1985, he tied a team record by pitching 10 complete games in the postseason. The showing drew the attention of the Yankees, who drafted him in the fourth round in 1986. Rosenberg, though, never got a chance to pitch for his hometown team. In 1987, the lefty was part of a big trade that sent him to the White Sox. On June 4, 1988, he made his major-league debut for Chicago, appearing in 33 games out of the bullpen. He saw his most extensive action in 1989, pitching 142 innings in compiling a 4-13 mark for the Sox. Rosenberg, though, then struggled to stay in the big leagues and saw his career end after appearing in 10 games for San Diego in 1991. 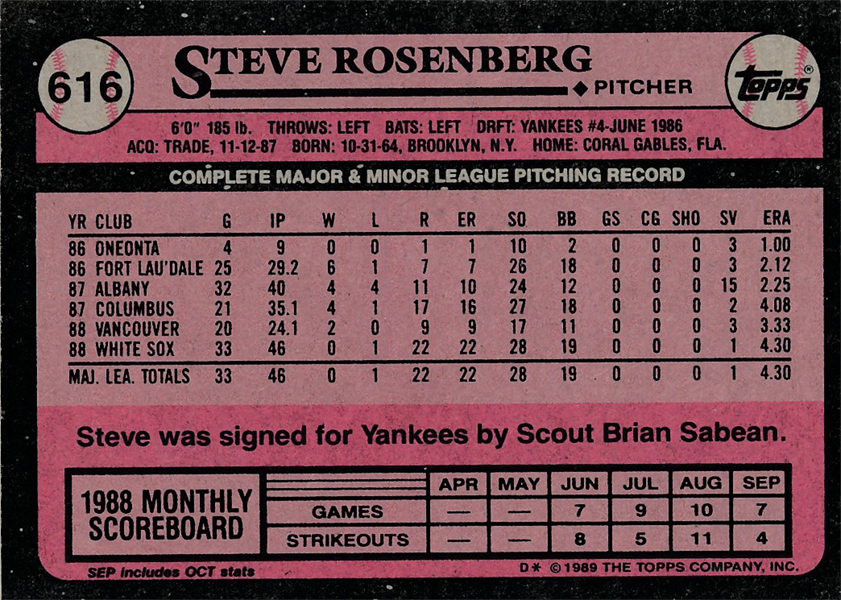 Steve was traded to the Mets at the end of his career, but never appeared in a game because of a torn left labrum.