The catcher, who converted to Judaism, played parts of six seasons in the majors from 1972 to 1977. Drafted by St. Louis in 1968, he made his major-league debut with the Cardinals in 1972, hitting .239 in 21 games. After a trade to Houston, he appeared in a career-high 90 games in 1973, hitting .223 with 18 RBIs. Acquired by Seattle in 1977, he hit the first grand slam in Mariners history in a game against Baltimore. Later that year, he had another memorable moment with a homer off of future Hall of Famer Ferguson Jenkins. 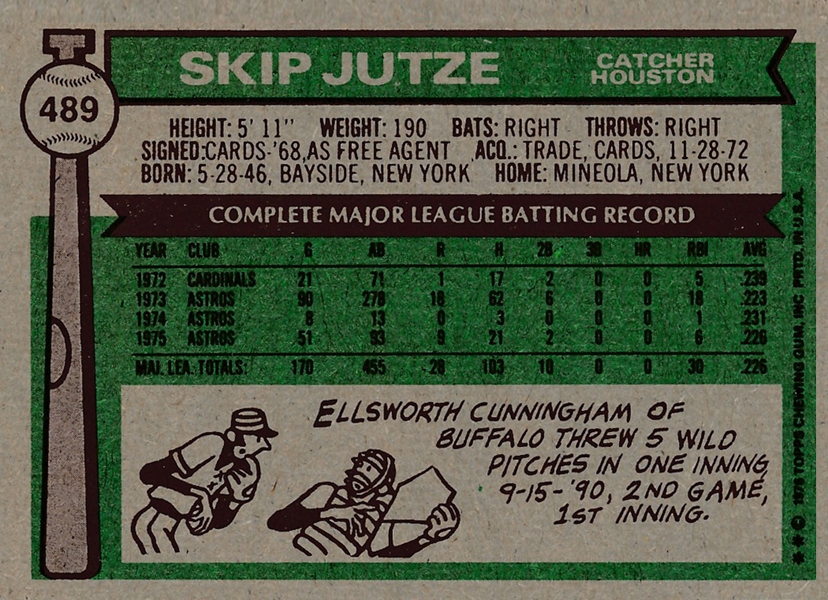 A two-sport athlete at Central Connecticut State University, Skip was named the ECAC football player of the year in 1965.