Abrams was signed directly out of James Madison High School in Brooklyn, but served separate tours of duty in Europe and the Pacific during the Second World War before his playing days with the Brooklyn Dodgers began. He played with five major league teams over seven seasons. Abrams was a member of the Brooklyn Dodgers when Bobby Thomson hit his pennant-winning “Shot Heard ‘Round The World” in 1951. After his playing days ended, Abrams wore his Dodgers uniform to Jewish Federation events and was buried in the uniform upon his death in 1997. 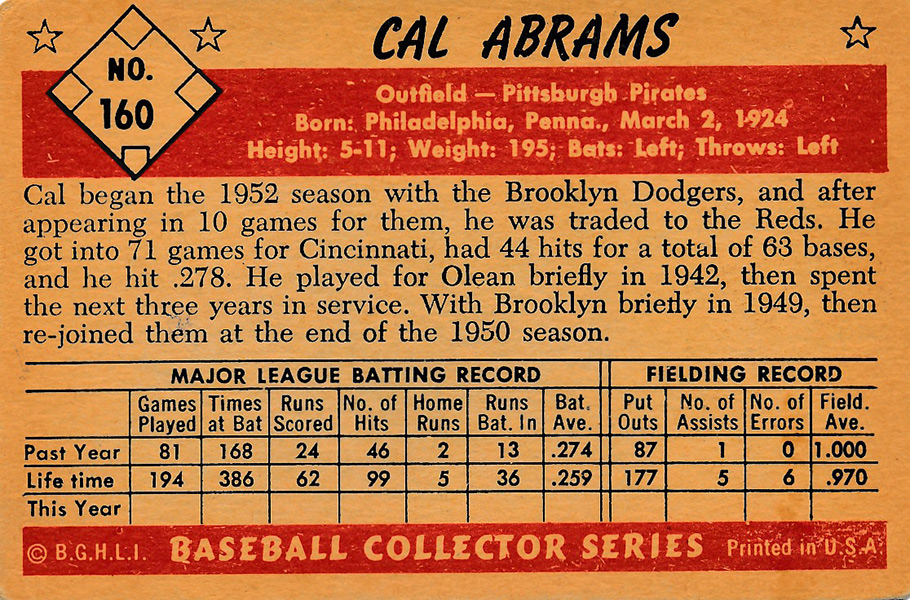 As a member of the Pirates and the Orioles he wore uniform number 18 because it represents the Hebrew word for “life.” 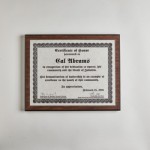