Born Henry Lipschitz, Bostick saw action in two major league games as a third baseman for the Philadelphia Athletics during the 1915 season. In eight plate appearances, he failed to record a hit, but managed two RBIs and a walk. The A’s finished in last place that year, managing only 43 wins, though they were managed by the legendary Connie Mack and had Hall of Famer Napoleon Lajoie at second base. 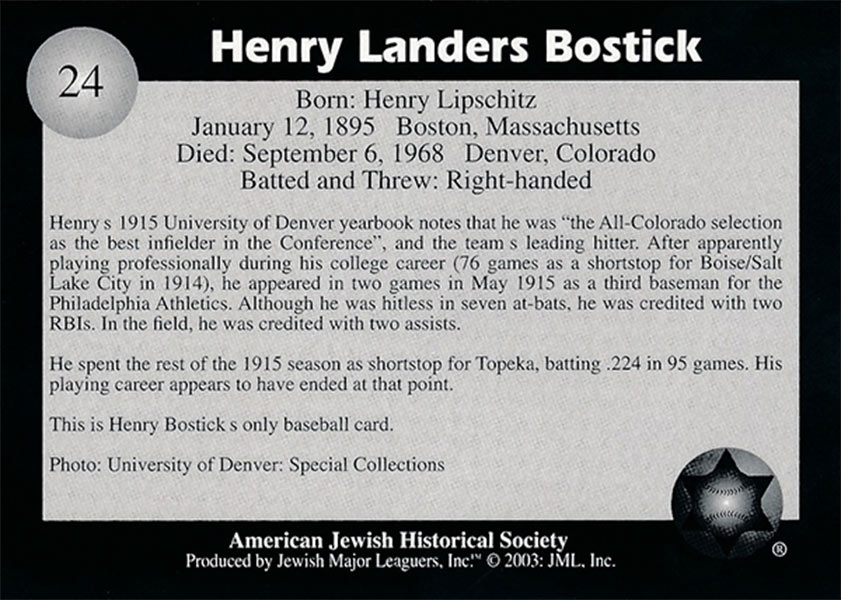 Henry is one of only seven major-league players who attended the University of Denver.