Pederson emerged as one of the game’s brightest young stars in 2015. A son of Stu Pederson, who played briefly for the Dodgers in 1985, he played on the 2013 Israel baseball team; his mother Shelley is Jewish. He hit .308 for Team Israel. Pederson continued to develop and exploded on to the scene as a rookie for the Dodgers in 2015. He displayed his immense power, hitting his first MLB homer against Arizona on April 12. On May 1, he launched a 446-foot grand slam against Arizona. He hit his 20th on June 29, making him one of only three rookies in MLB history to hit 20 or more homers before July, joining Wally Berger and Albert Pujols. Pederson was rewarded for the strong showing by being elected to the National League All-Star team.

Pederson began the 2021 season with the Chicago Cubs, but after hitting 11 home runs, he was traded to the Atlanta Braves during the All-Star break. In the NLDS against Milwaukee, Pederson went 3-for-3 as a pinch hitter, including a three-run homer in the Braves’ 3-0 victory in Game 3. He became just the third player to hit two pinch homers in the same postseason series, joining Chuck Essegian (1959) and Bernie Carbo (1975).

On March 16, 2022, Pederson agreed to a one-year contract worth $6 million with the San Francisco Giants. He was named a National League starter for the All-Star Game. 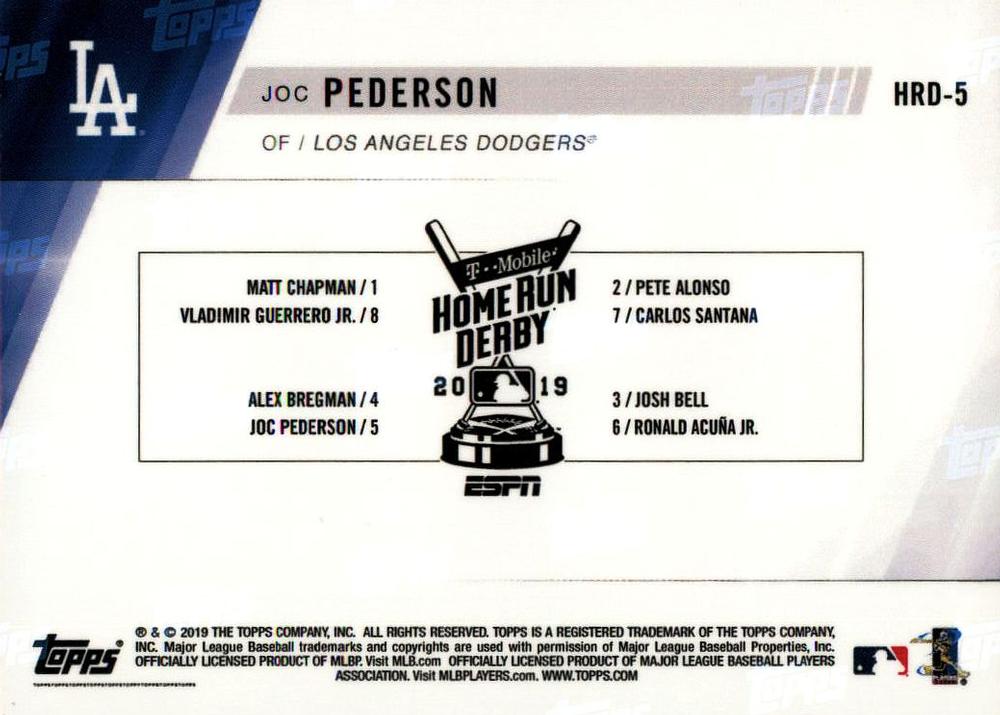 In May, 2015, Pederson hit homers in four straight games and had seven straight hits that went for homers.