A utility infielder, Franklin compiled 164 at-bats over two seasons with the Detroit Tigers in 1941 and 1942 before joining the U.S. Navy. During the 1941 season, he was teammates with Hank Greenberg. While serving in the armed forces, Franklin played for the Naval Air Station team along with Ted Williams, Johnny Pesky, Johnny Sain and Pee Wee Reese. The Tigers did not return him to their roster after the war, so he accepted a generous offer to play in the upstart Mexican League, which was then poaching major-league players. In 1938, while playing in the Mountain State League, he compiled a .438 batting average, the highest in all of organized baseball that year, which earned him the Louisville Slugger Award for being the Batter of the Year. 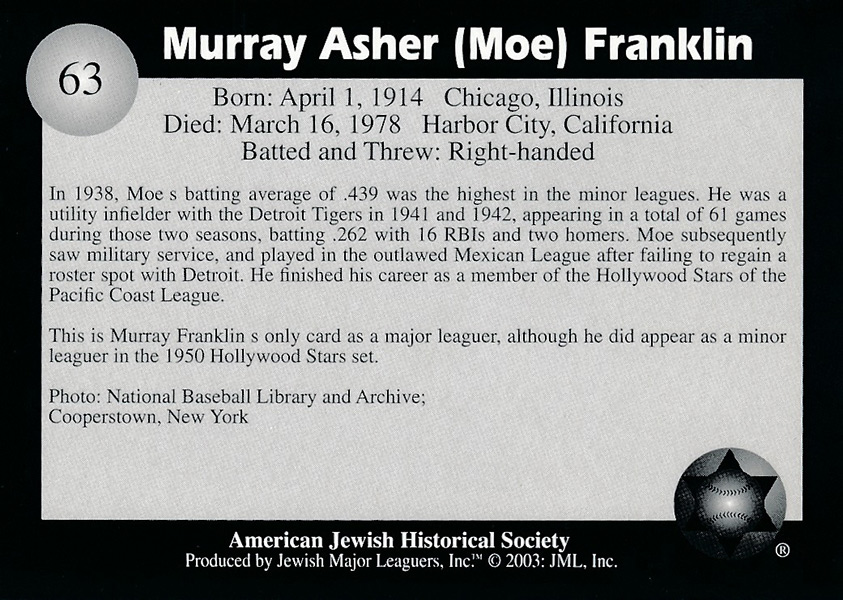