A second-round draft pick out of Southern Cal by the St. Louis Cardinals in 2009, Stock began his minor-league career as a catcher, but switched to pitcher in 2012. He made his major-league debut with the Padres on June 24, 2018 with two strikeouts in one inning of relief against the San Francisco Giants.

On Aug. 11, 2020, he made his American League debut with the Boston Red Sox against the Tampa Bay Rays. 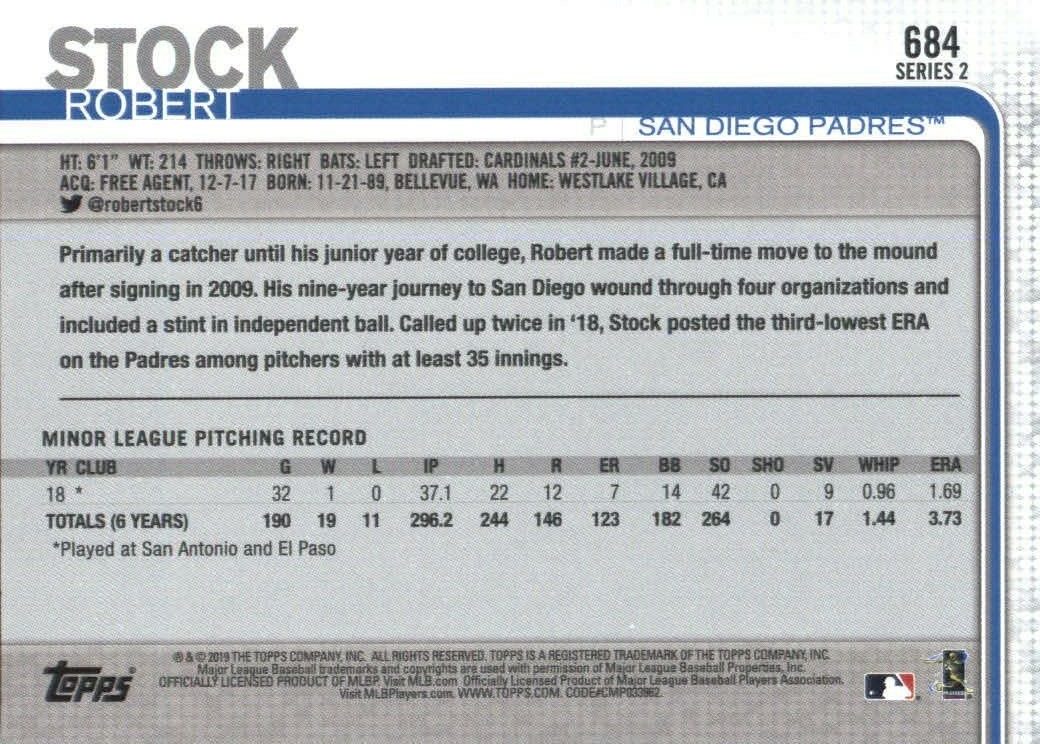 Robert’s younger brother Richard Stock is a catcher at the Single-A and Independent league level.