Harry Duquesne Markell was born with the last name Makowski in Paris, France. His family moved to the United States when he was seven. The right-hander’s minor-league career included no-hitters at Hickory, N.C.; Rochester, N.Y., and Syracuse, N.Y., and he once struck out 21 batters in a game while pitching for Schenectady, N.Y. Despite losing 21 games at Oklahoma City in 1951, he got a call-up from the St. Louis Browns and made his major-league debut on Sept. 27 because of his 2.77 ERA. He appeared in five games for St. Louis. In 1953 he pitched for the Philadelphia Phillies in spring training but did not make the final roster. He became a New York City policeman after his career. 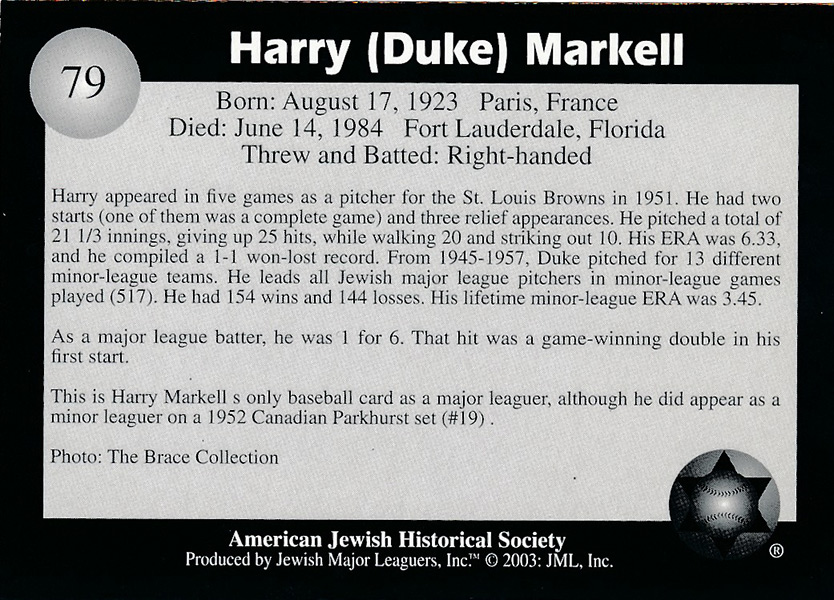 Duke had a career minor-league record of 144-127 for seven major-league franchises.