An older brother of Harry Danning, Ike made his major-league debut on Sept. 21, 1928, catching all nine innings for the St. Louis Browns. He caught nine more innings on the final day of the season and never resurfaced in the major leagues again. The Browns lost both games he played, but not because of Danning, who went 1-for-3 in the first and 2-for-3 in the second, ending his career with a .500 batting average. 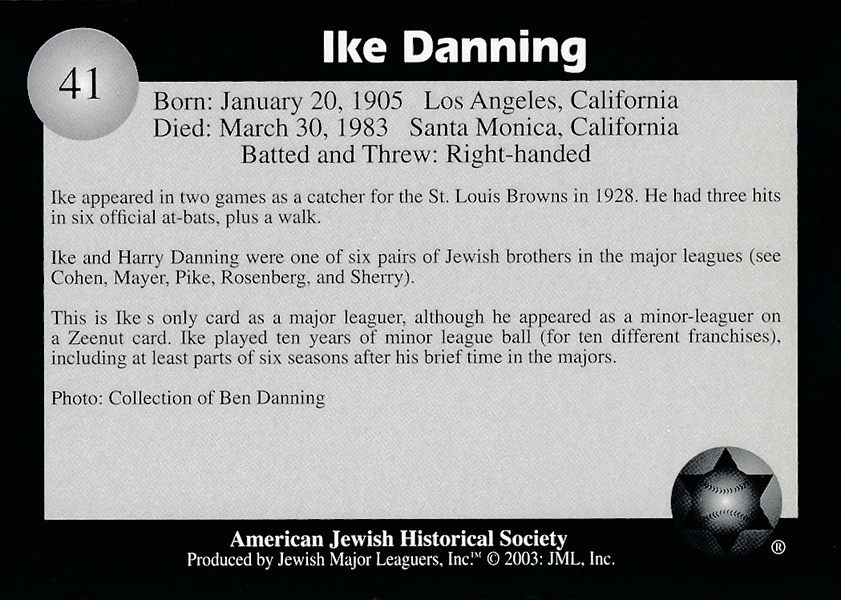 After his retirement from baseball, Ike became the head of transportation for 20th Century Fox Studios.