A convert to Judaism, Newman enjoyed a 9-year career as a catcher for Oakland and Boston. He didn’t reach the big leagues until he was 27, making his debut in June, 1976. Initially a part-time player, Newman became one of Oakland’s fixtures in 1979. He played in 143 games, hitting 22 homers with 71 RBIs. The performance earned him a selection in the ’79 All-Star Game. Newman was traded to Boston in 1983 and retired after the ’84 season. His post-playing career included coaching positions with Oakland, Cleveland and Seattle. 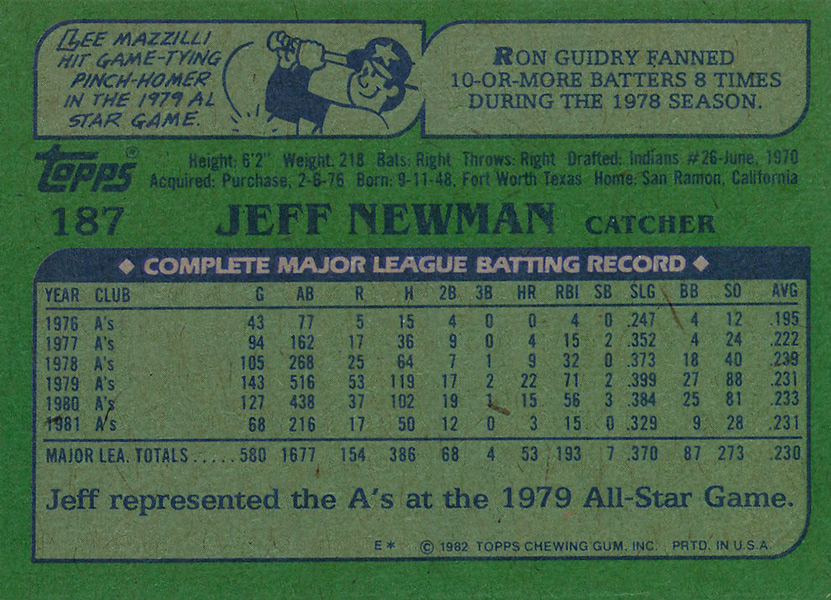 Jeff served as Oakland’s interim manager in 1986 between Jackie Moore and Tony La Russa. The A’s won just two of 10 games under Newman.