Only 5-foot-6, Rotblatt was a Chicago kid who made it big in his hometown for a short time. After an outstanding college career at Illinois, Rotblatt received many offers before signing with the White Sox. He made his big-league debut at the age of 20 in 1948, pitching two scoreless innings. After a couple of more years in the minors, Rotblatt earned a spot on the White Sox staff in 1951. Despite winning the second game of the season as a starter, Rotblatt worked out of the bullpen. He compiled a 4-2 mark with a 3.40 ERA in 24 games. Unfortunately, Rotblatt never pitched again in the big leagues after 1951. However, he remained a presence on the Chicago baseball scene until his death in 2013. 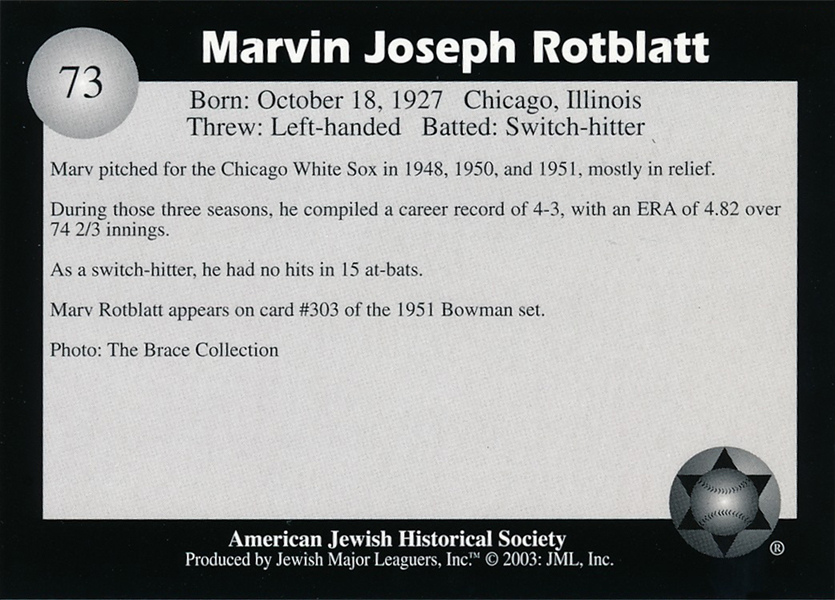 In 1964, students at Carleton College in Minnesota named an intramural slow-pitch softball league after Rotblatt.