Saipe was drafted in the 12th round by the Colorado Rockies. After winning 12 games at the Double-A and Triple-A levels in 1997, Saipe attended spring training with the Rockies. He was called up from Triple-A and made his first appearance on June 25. He pitched the first six innings and left with a 5-3 lead against Houston, but didn’t earn a decision as Colorado won 6-5 in 12 innings. Six days later he started against Seattle and took the loss while allowing 13 hits and nine runs in four innings. He spent the next seven years in the minors, mostly in Triple-A. 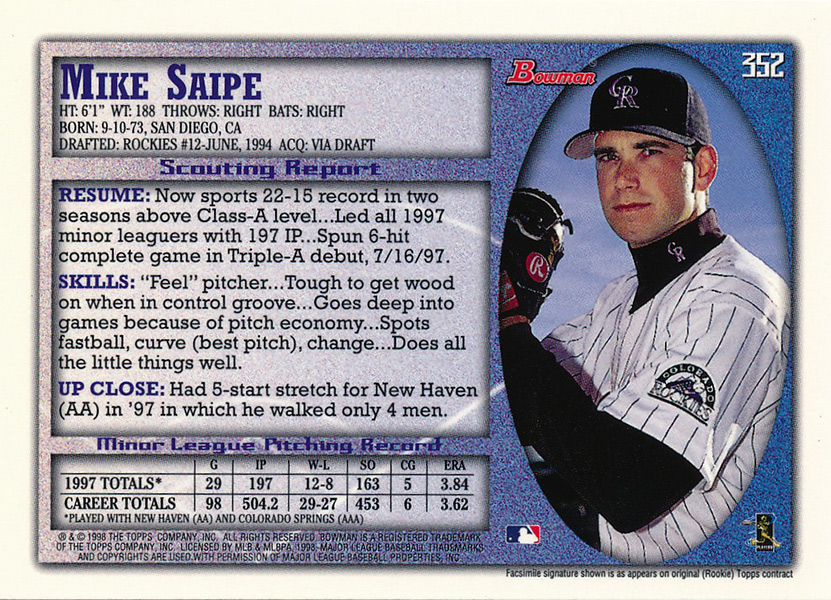