Berman was a self-described “honest-to-goodness Jewish youngster” from the Lower East Side of Manhattan. A skilled boxer and catcher, he signed with the Washington Senators and appeared in two major league games in 1918 at the tender age of 19. One day in a preseason game, a frustrated rookie pitcher blamed his poor performance on Berman’s pitch-calling and uttered an anti-Semitic remark for which he retaliated by punching him in the face. Teammate Walter Johnson, who witnessed the incident, said, “Thattaboy!” After baseball, he became a teacher in health and physical education and in ballroom dancing for 43 years in the New York public schools. For the last 31 of those years, through 1968, he was at Franklin K. Lane High School, where he coached the baseball team. One of his prize athletes was Bob Grim, who became a 20-game winner for the New York Yankees. 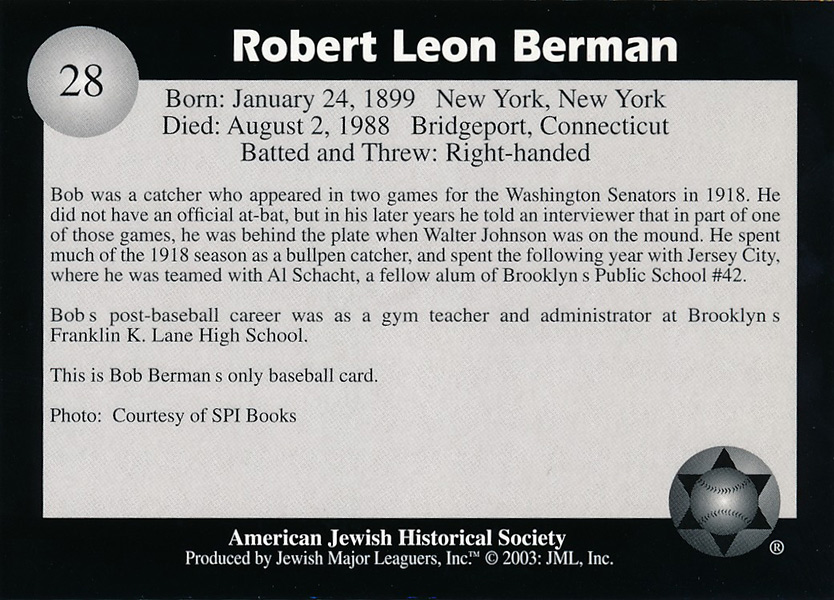