Nicknamed “The Rabbi,” he played one season with the San Francisco Giants in 2008. A standout player at the University of California, Horwitz was ready to pursue as a career as a chiropractor after college. However, he decided to give baseball a shot. He won two minor-league batting titles before the Giants elevated him to the big leagues in 2008. The outfielder, though, only hit .222 with 2 homers and 4 RBIs in 21 games. He never got another shot, ending his career in the Cleveland farm system in 2010. 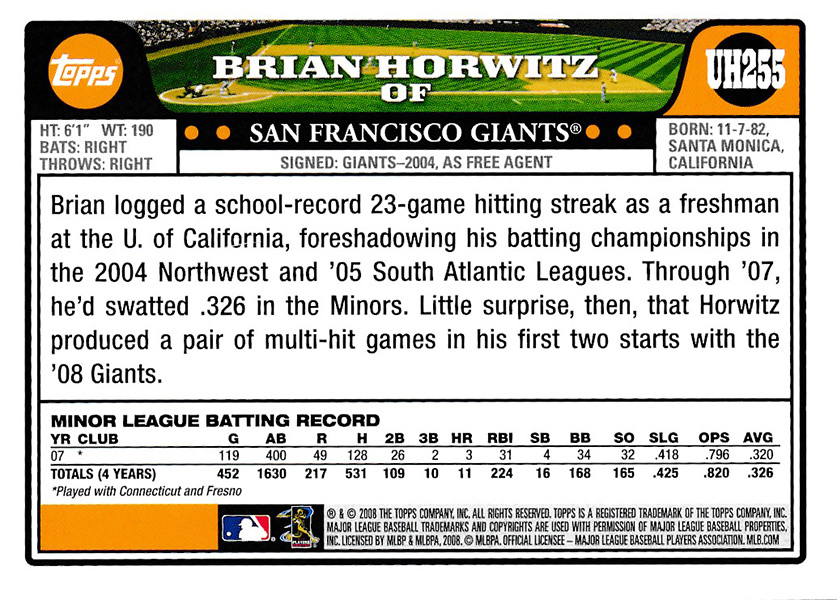