One at-bat gave Ron Blomberg a unique distinction in baseball history. On April 6, 1973, Blomberg, nursing a sore hamstring, faced Boston’s Luis Tiant, becoming the game’s first-ever designated hitter. For the record, he walked. Blomberg takes great pride in that distinction. In fact, he named his autobiography “Designated Hebrew.” Unfortunately, injuries prevented Blomberg from achieving even more notoriety. The No. 1 pick of the Yankees in 1967, he showed his vast potential, hitting .322 in 64 games as a rookie in 1971. In 1973, he hit .329 and posted .311 in 1974. However, he never had a season in which he played more than 107 games. In 1977, he tore up his knee in an exhibition game and missed the entire season. He signed with the White Sox in 1978, hitting a dramatic ninth inning homer in front of 50,000 fans on opening day at Comiskey Park. The injuries, though, took their toll and he retired after that season at the age of 29. Blomberg managed the Bet Shemesh Blue Sox in the 2007 inaugural season of the Israel Baseball League. He skippered his team to a league-leading 29–12 (.707) regular season won-lost record, as well as to the IBL Championship. Blomberg had previously declined an offer from the Yankees to manage a team in their minor system. Being in Israel, Blomberg said, “was the greatest thing — just one notch below playing for the Yankees.”

Here is SABR’s biography of Blomberg. 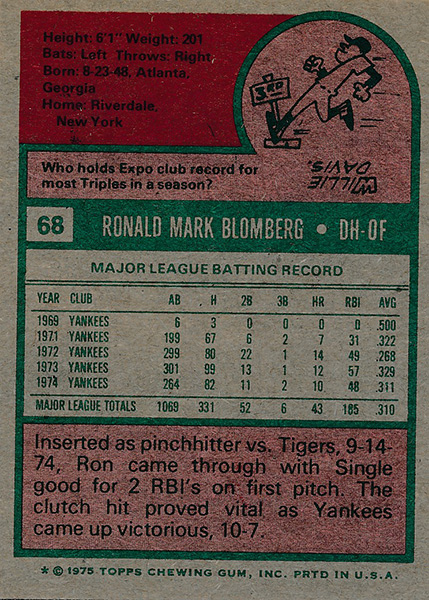 Blomberg finished with a career .293 batting average and .360 on-base percentage. 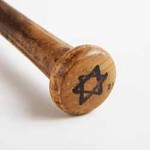 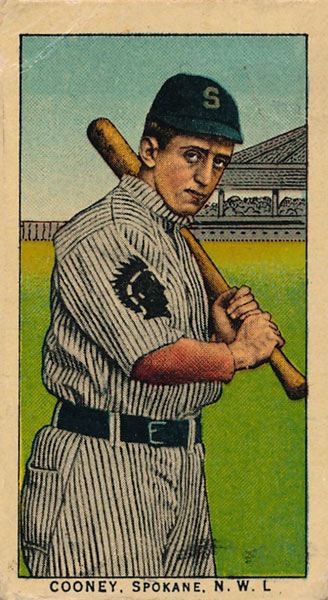