Sherriff, whose maternal grandparents were Holocaust survivors, was drafted by the St. Louis Cardinals in 2011. Originally a starting pitcher, the left-hander transitioned to a reliever during 2014 spring training. Pitching for Triple-A Memphis, he was named a Pacific Coast League All-Star in 2016 and 2017. The Cardinals called him up on August 23, 2017, and two days later he pitched three scoreless innings in his major-league debut against Tampa Bay. A series of injuries limited his playing time in 2018 before he underwent Tommy John surgery in June. In 18 games through 2018, he had a combined 2-1 record with a 4.05 ERA. He pitched two hitless innings over two 2020 World Series games against the Dodgers. Ryan also pitched for Team Israel in the 2017 World Baseball Classic qualifying round. 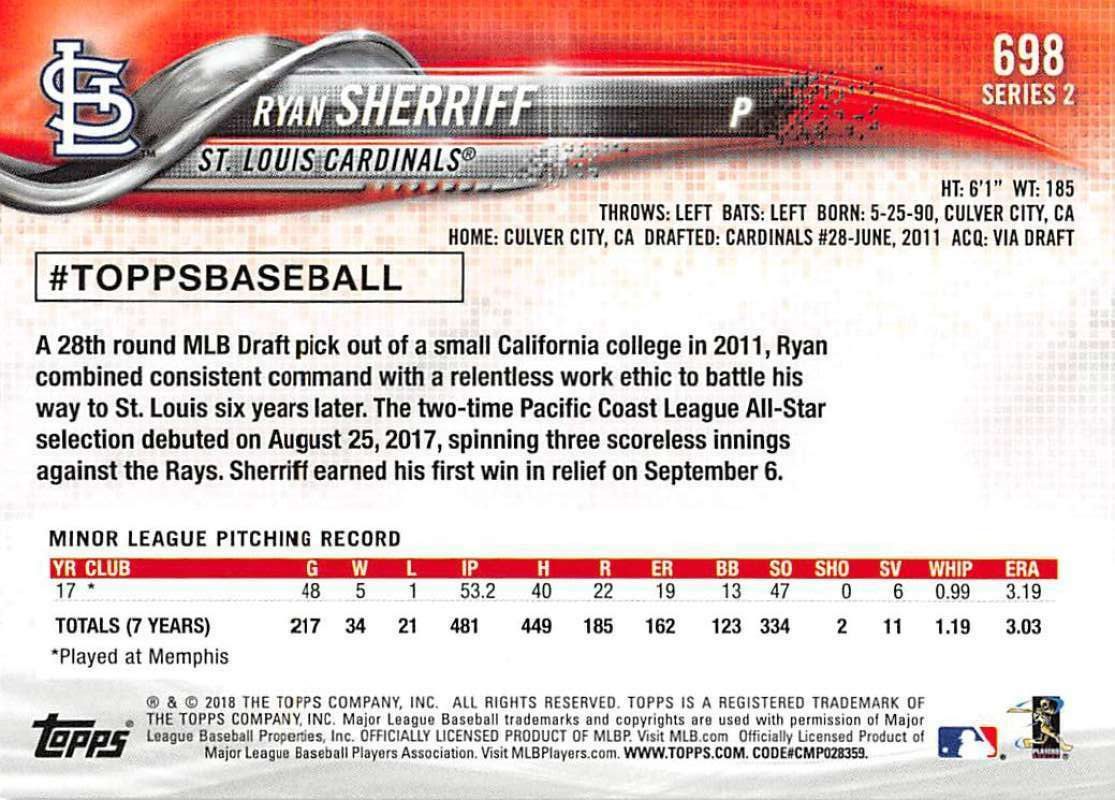 Ryan was the only major-league pitcher during the short 2020 season to maintain a perfect 0.00 ERA after 10 or more appearances.