Fuld shows up regularly on highlight reels of great catches in the outfield. Because of his fearless defense, he has been referred to as a “crash test dummy with a death wish.” The two-time All-American at Stanford made his major-league debut in 2007 with the Chicago Cubs as a defensive replacement. He scored three times as a pinch runner before making his first major-league plate appearance. After three years of late-season call-ups by Chicago, Fuld was traded to Tampa Bay where he had two four-hit games during the first month of the 2011 season and raised his batting average to .396. He split 2014 between Minnesota and Oakland. Fuld was diagnosed with Type 1 diabetes at age 10.

Fuld was named the Philadelphia Phillies’ general manager for the 2021 season. 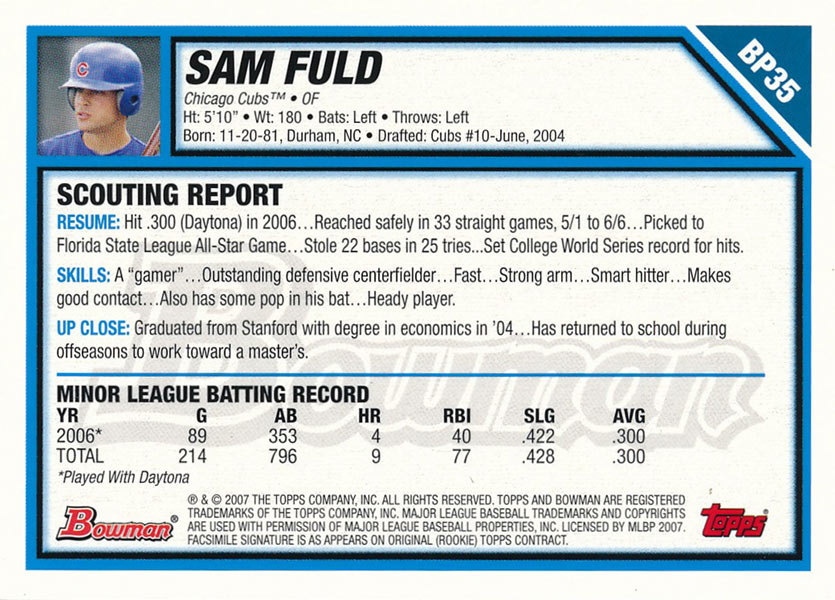