A native of Haverhill, Mass., and an alumnus of Lehigh University, Fishburn appeared in nine games for the St. Louis Cardinals over a seven-week span in 1919. “Stuck” behind Rogers Hornsby, he came off the bench in every game he played — six times as a pinch-runner. He collected two hits in six at-bats, including a pinch-hit, two-run double in a 14-9 loss to the Pittsburgh Pirates at Forbes Field on July 7, 1919. Sam later ran his own realty business in Bethlehem, Pa. 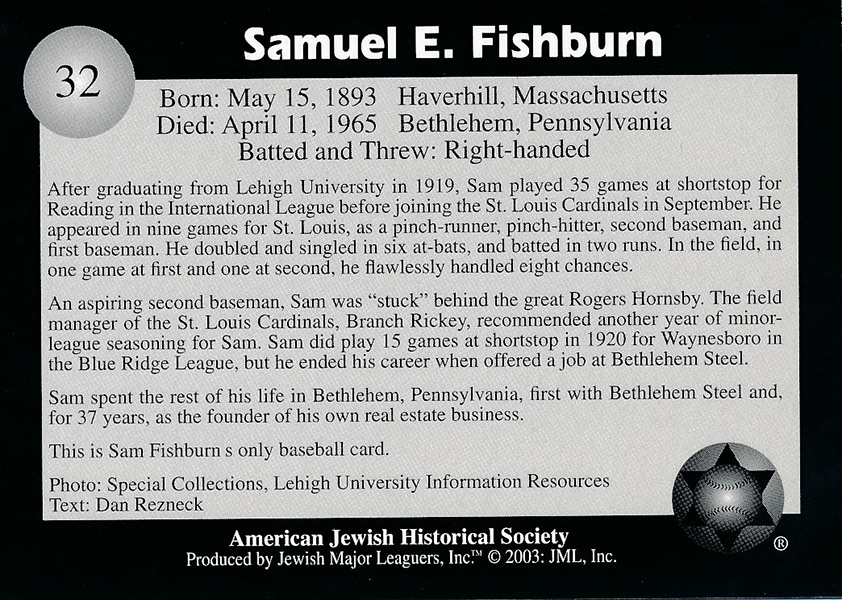 Though Sam played in the National League, he managed to compete against Babe Ruth and Joe Jackson. That’s because all three were in the 1918 Bethlehem Steel League during World War I, when a variety of major-league players worked in the war effort.