Hertz was born on an Air Force base in Ohio, but raised in Miami, where he was named All-State in baseball his senior year in high school. A third baseman and a young phenom, he made his major-league debut for the expansion Houston Colt .45s on April 21, 1964, and played in five games before being sent to the minor leagues, where he played out the remainder of his professional career. Despite not having a hit in four career at-bats, he scored twice — once as a pinch runner and once after reaching on an error. After his playing days ended, he coached at the high school level, then skippered Miami Dade Community College for 26 years until 2010, collecting more than 300 victories, posting a 74% winning percentage and capturing four league championships. Hertz co-coached the United States in the junior Pan American Maccabiah Games in Mexico City in 2001, where he won a gold medal, then coached the United States Maccabi team that won a gold medal in Chile in 2003. In 2007, he managed the Tel Aviv Lightning of the Israel Baseball League. 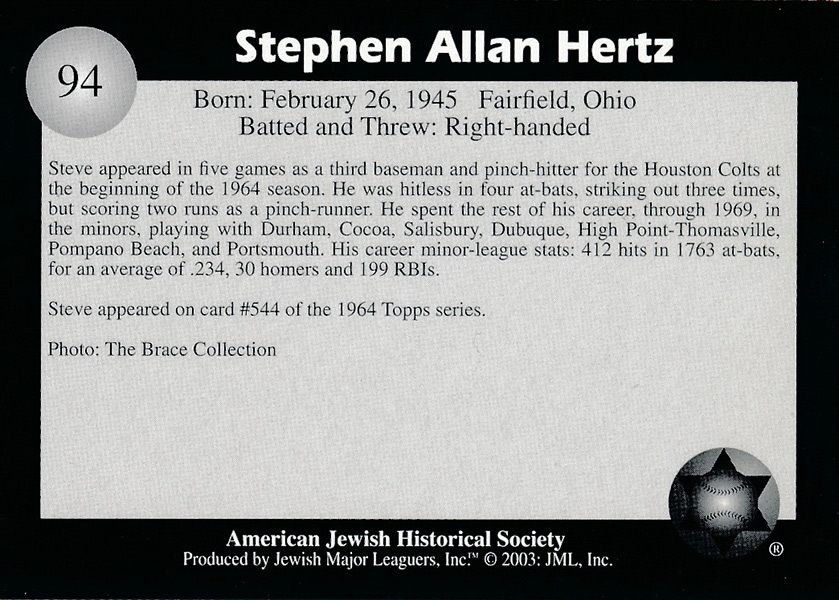