A left-hander, Karpel was a childhood friend of Phil Rizzuto’s, and they played baseball together in a sandlot league, in high school, on a semi-pro team and in the minor leagues. He was pitching brilliantly in the minors, but was inducted into the U.S. Army in 1942. He spent 17 months in the European theater, first in a tank destroyer unit and then as an infantryman, and he was awarded both a Bronze Star and a Presidential citation. He was discharged in late 1945 and was invited to spring training with the New York Yankees in 1946. On April 19, 1946, Karpel made his major-league debut, pitching in relief on opening day at Yankee Stadium, and he retired the only batter he faced. He was called upon again the following day, but yielded two runs, was sent back to the minor leagues, and never saw major-league action again. 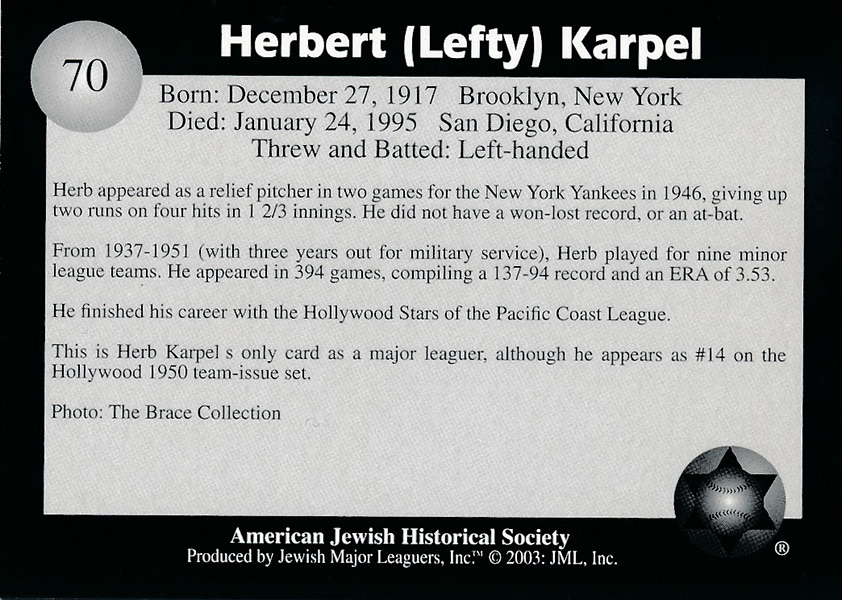 In 1939 while playing for Amsterdam, Herb became the first pitcher in Canadian-American League history to win 20 games.