Roberts was a left-handed pitcher who had several bright moments during a 13-year career. He initially established himself in San Diego. During his third year, he posted a 14-17 record, but that mark should have been much better. He had a 2.10 ERA, the second-lowest in the league. In 1972, Roberts was traded to the Houston Astros. He had his best year in 1973, going 17-11 with a 2.85 ERA. 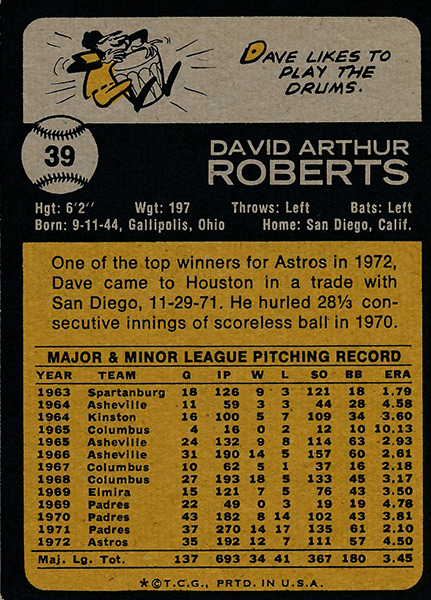 Roberts wound up with a 103 career victories and a respectable 3.78 ERA.